Next Meeting at St Pedro’s Castle on Tuesday 26th August, starting at 7:30 PM

The next public meeting will be held at St Pedro’s Castle on Tuesday 26th August, starting at 7:30 PM
As usual if the weather is cloudy (more than 50 percent cover) the meeting will be cancelled.  Remember too that the weather in George Town is not as good as in Savannah (!) so if in doubt phone 925 7657 at 7:15 PM
As mentioned on Facebook this week the Perseid meteor shower was at its peak but very uch hindered by the Moon.  I do know one person who saw three meteors this year but he lives in England. Let me know if you saw any


The Chart below is taken from Chris Pete’s excellent site http://heavens-above.com/ and we are allowed to use the chart with his permission. It shows the night sky for the 24th of August at around 8:30 PM 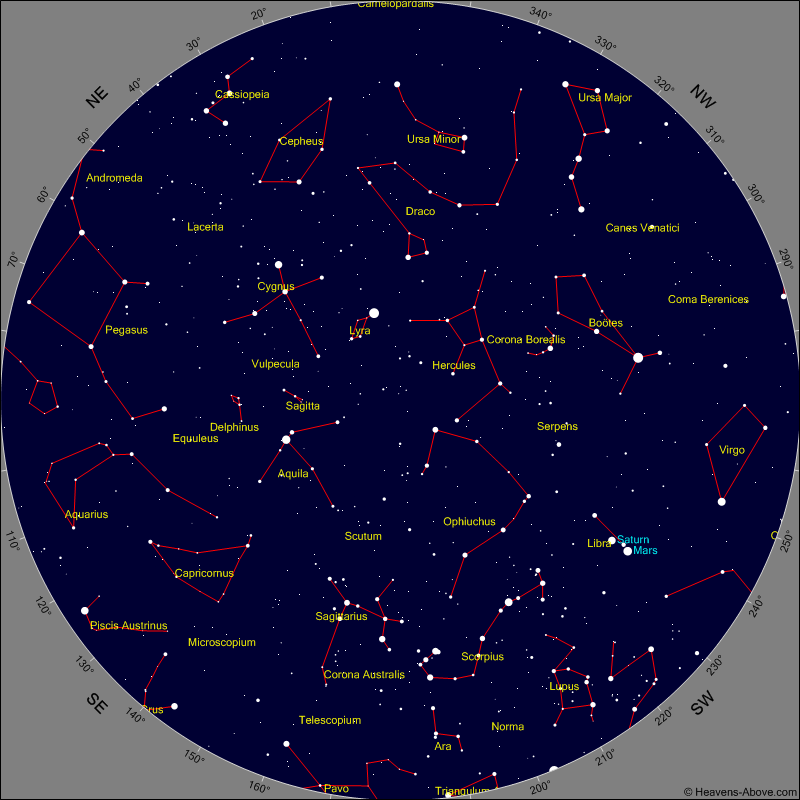 Notice in particular how close Mars and Saturn are – there’s been quite a picturesque game over the past months with the lineup of Saturn and Mars, along with the stars Spica (in the constellation of Virgo) and Antares (in Scorpius) .  On the 24th of August Mars and Saturn are at their closest (3 and a half degrees apart). Look into the South West Sky to see them.

Those who know their way a little around the stars should be able to identify Scorpius, (watch out for the cats eyes) , the famous “teapot” at the Centre of the Galaxy in Sagittarius and now almost overhead the “Summer Triangle” composed of the three bright stars Vega , Deneb and  Altair.  In particular I want you to look for Altair in the constellation of Aquilla the Eagle. It’s a long shot but on the 19th of August at around 20:20 PM there’s an Iridium Flare. This satellite – Iridium 41 will reach a brightness of -5.0 which will (if it turns up ) be pretty bright!

Finally there’s a comet in the sky!  Needless to say it’s not well placed for us at our latitudes, unless you are late to bed or a nearly riser.  You will also need a good pair of binoculars. The Comet is called C2014 E2-Jacques and it’s currently moving through the constellation of Perseus – which as you can see on the chart above has not risen at that time.  In fact it’s not visible until well after midnight. By  the 22nd though it should be found near the star Segin – one of the stars that makes the familiar “W” shape of Cassiopeia, and will be in the NW skies.  Id wait a few hours for Cassiopeia to climb out of the haze on the horizon. For those in the know it will be faint – predicted Mag +8 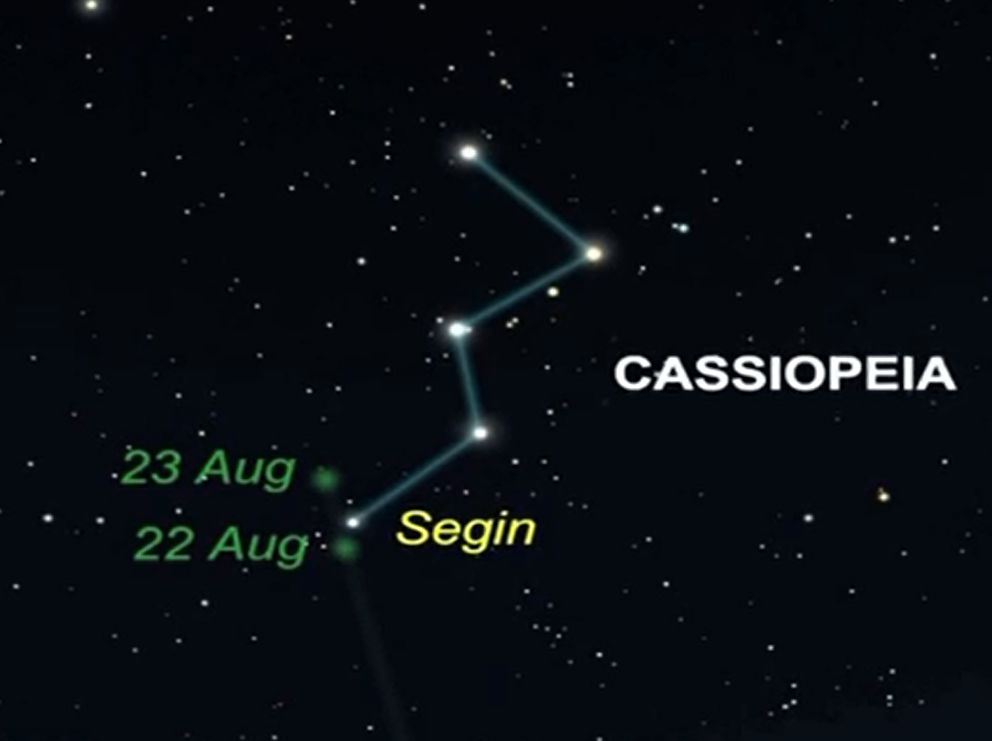 Good Luck and Clear Skies Everyone!